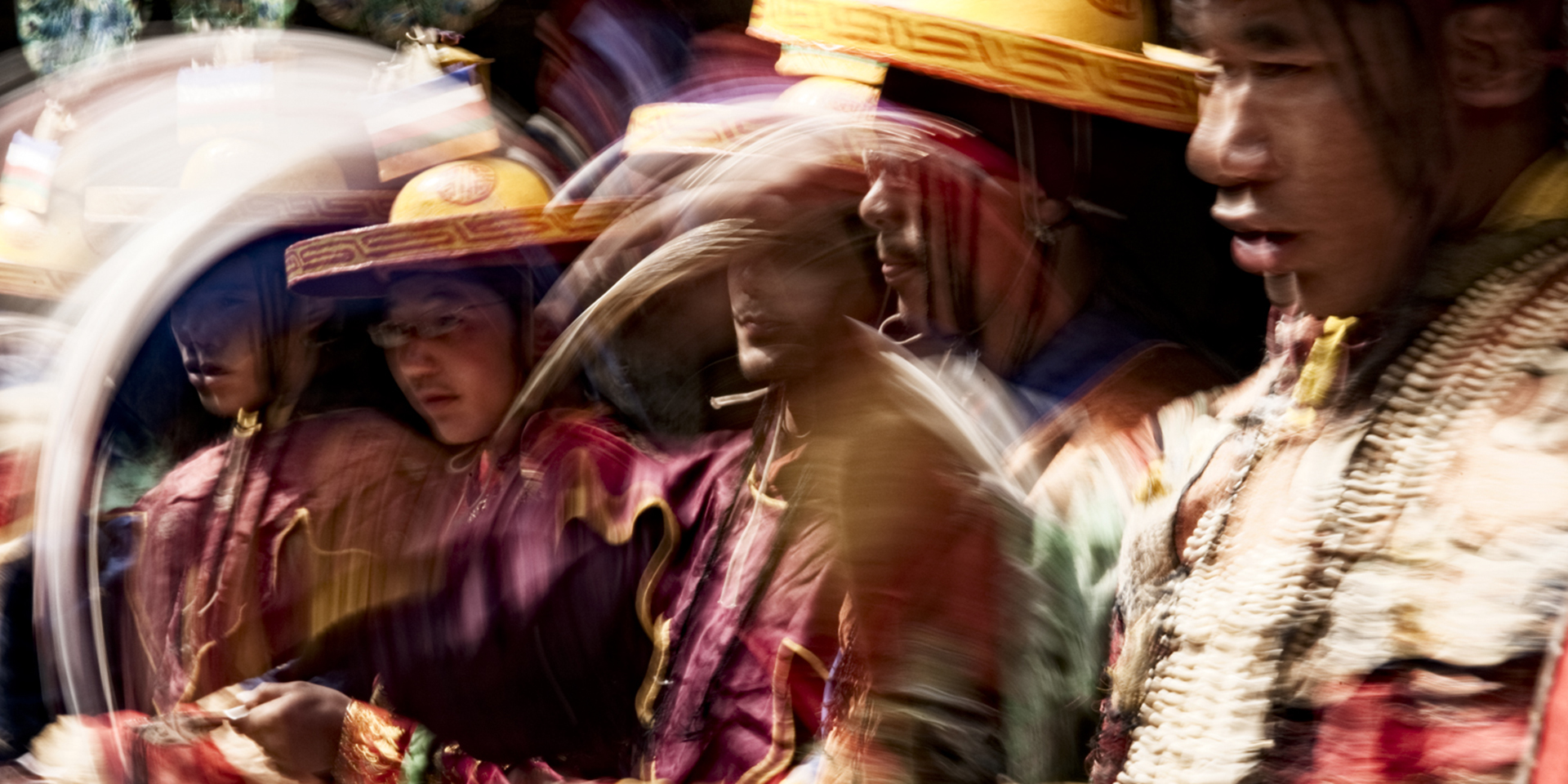 Liberation through the senses 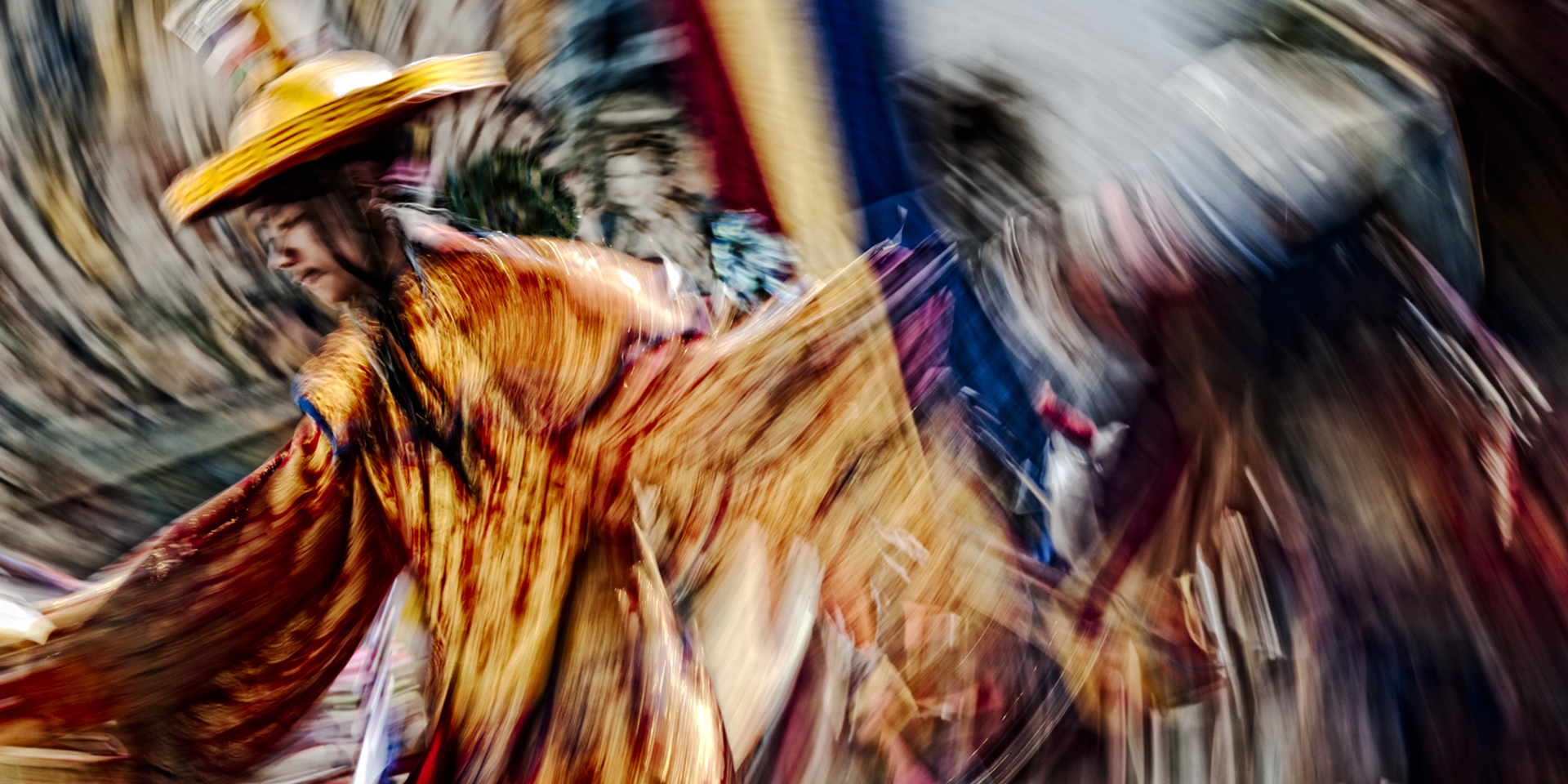 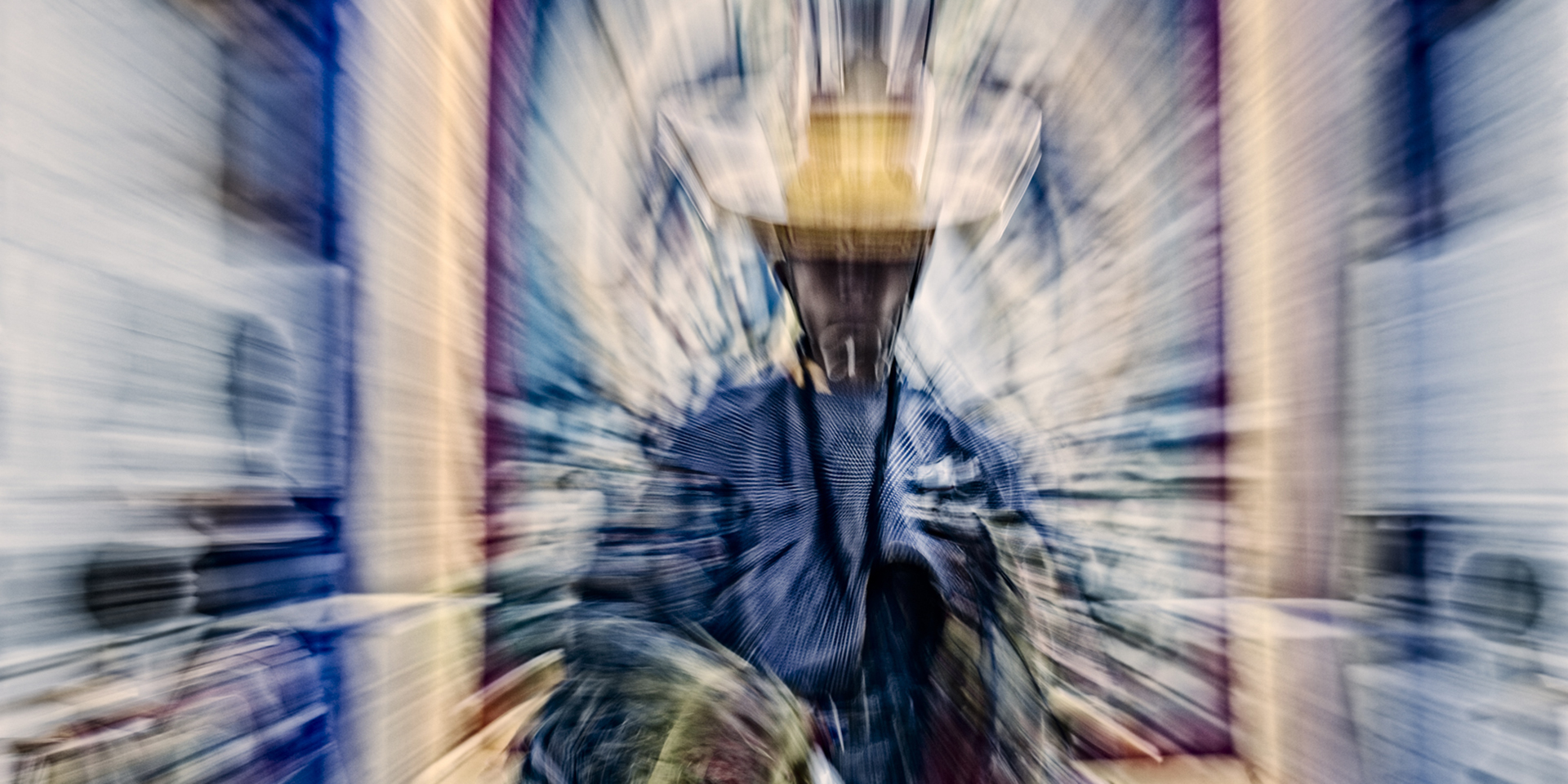 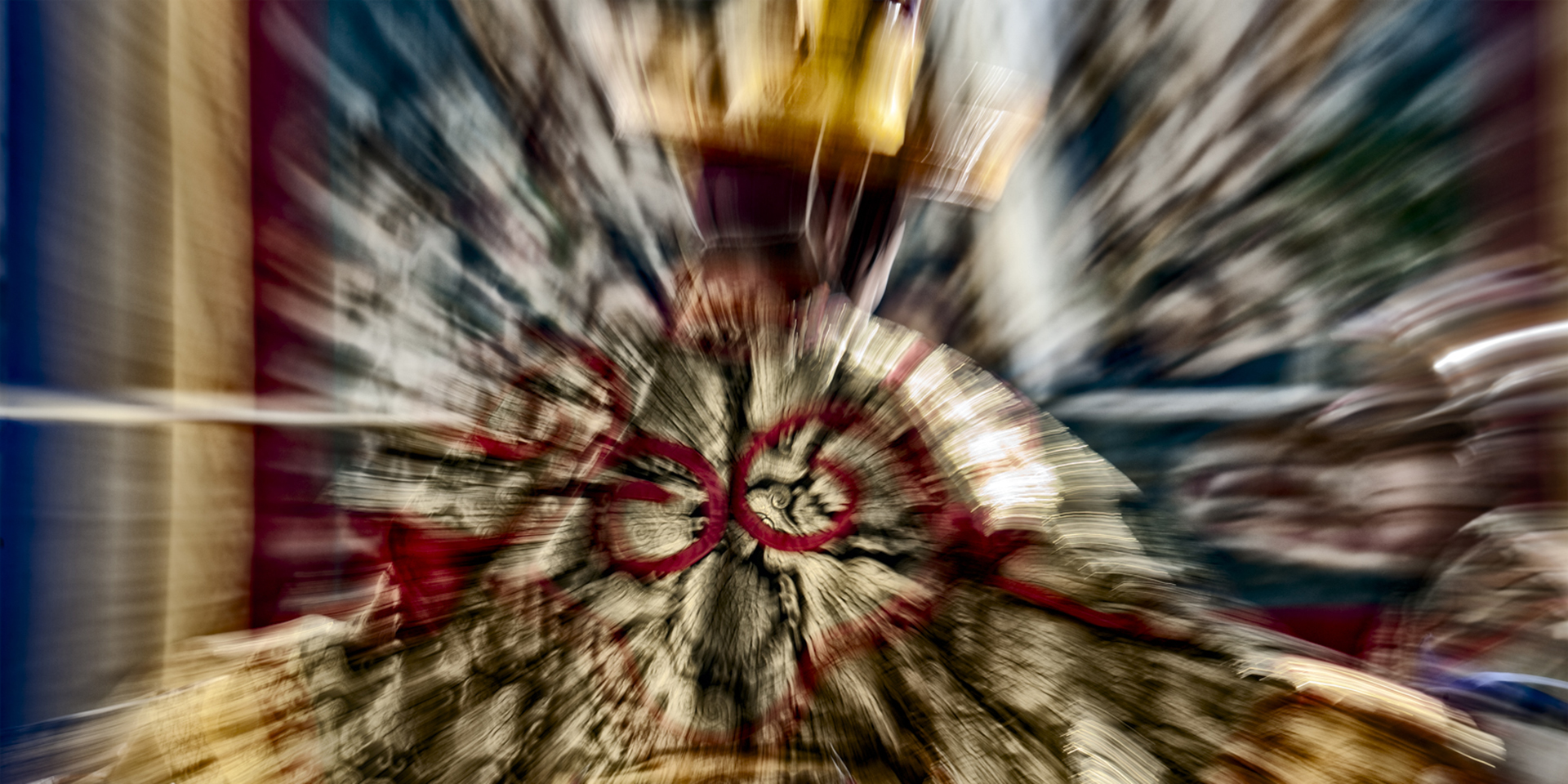 giving them the peace of mind and temporary liberation from evil powers aroused by negative behaviors. 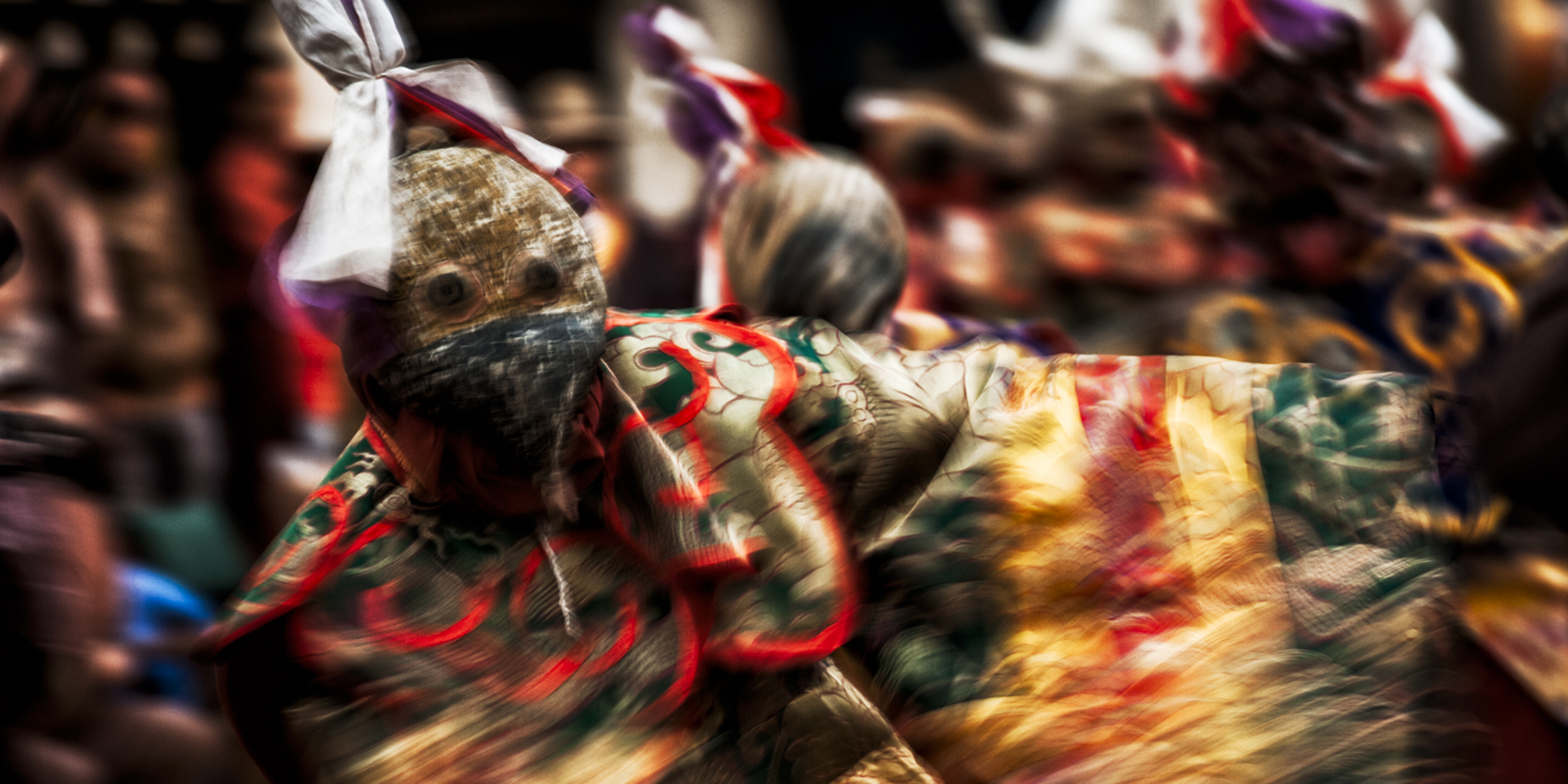 The royal family, lamas and the whole community attend the Teji performance 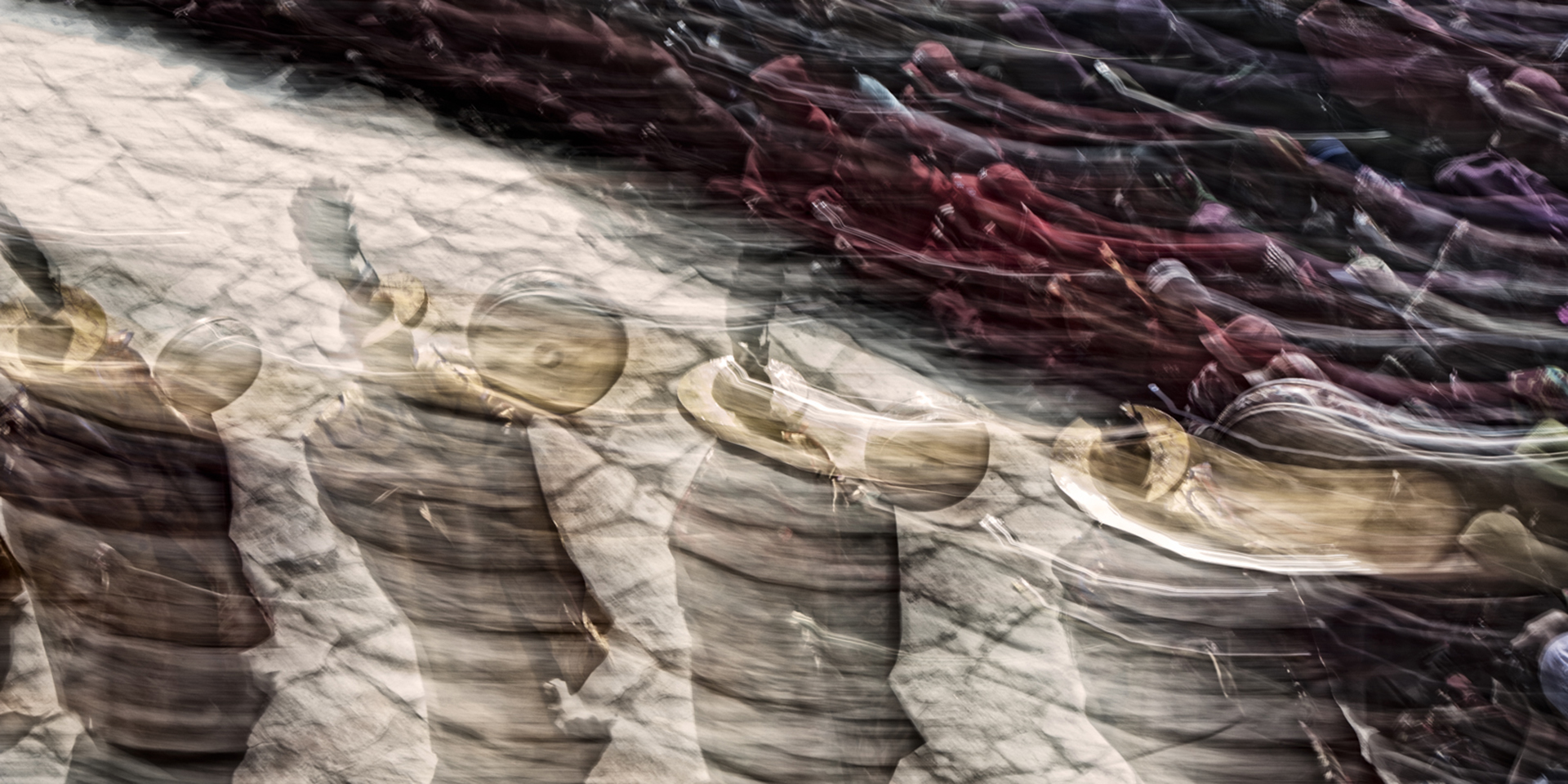 A ceremony that dates back six centuries ago 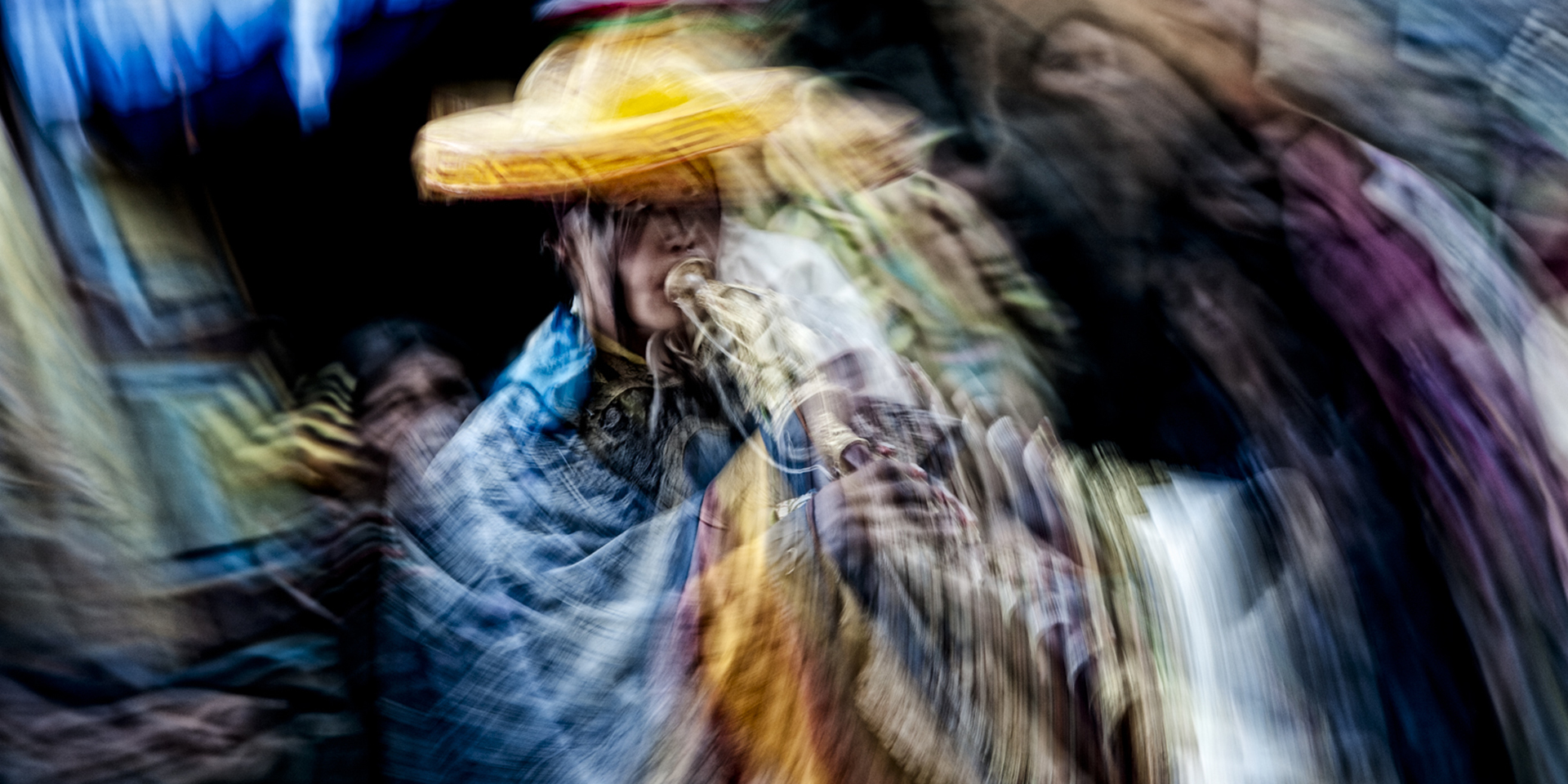 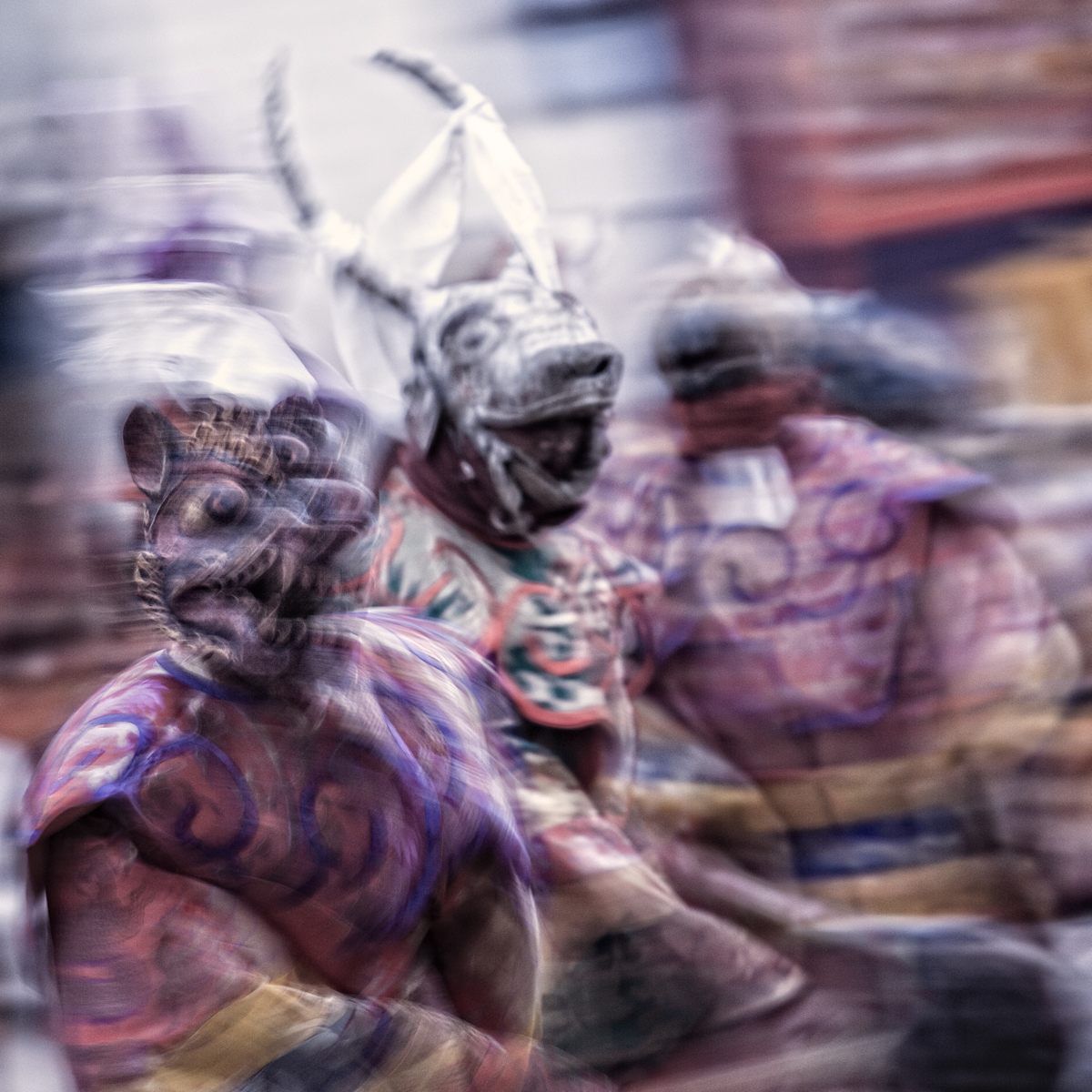 in Uncategorized
by AFP
0 Comments
1

Religious dances are among the most spectacular rituals of Tibetan tradition. Every monastery and village performs them according to its own customs. The dancers, usually monks, wear colorful brocade clothes, masks of wrathful deities, or special black hats. Each one is equipped with magical weaponry and attributes used to defeat evil. Their every step, hand movement, and gesture as well as the invisible lines of their movements, the vibrant sound of cymbals, and the strident music of gyalings (Tibetan trumpets) have important symbolic meaning. They represent power, concentration and the ability to overcome evil.

Ch’am belongs to the important group of rituals known as thondrol, or “liberation through the senses”, in this case, through sight and hearing. By watching the dances and listening to the accompanying music, the minds of the audience are focused on religious goals and cleansed of inner demons. It is one of the tantric methods supporting believers on the path to enlightenment, giving them the peace of mind and temporary liberation from evil powers aroused by negative behaviors. Ch’am usually lasts multiple days and consists of many dances representing different religious parables, teachings of the Dharma, or major events in the life of Buddhist saints or Tibetan history.

The photographs on exhibit about the dances were taken in Lo Manthang, Mustang, Nepal, between 2008 and 2013. They focus on the three-day Ch’am dances and the photos were taken every year during the same performance.

The performance, known as Teji, is the main religious festival in Mustang and it dates back six hundred years. It is held annually, in the fifth month of the Tibetan calendar. The royal family, lamas and the whole community, whose members arrive in great numbers from the remotest villages, attends it with feverish devotion. They are dressed in their best festive attire and adorned with precious jewelry. Teji is the kingdom’s most important holiday as well. The celebration ensures prosperity for the kingdom in the coming year. The festival is based on the myth of deity Dorju Shunu who was reborn in order to defeat the demons and evil forces that created hell and suffering on earth.

Through the power of his dances and the variety of forms he takes, he is able to defeat the demons and thereby bring peace and prosperity to the country. Thus, the festival celebrates the triumph of good over evil. For the people of Mustang Teji is not only a time of celebration but also a religious pilgrimage for believers summon from all over the region to take part to the ceremony. It is believed that simply attending Teji will bring merit to those who observe.

An accomplished monk is chosen as the key dancer and leader of the ceremony, regarded as the deity Dorje Shunu who slays the demon and wards off all evil. He must have special initiations, be well versed in scripture and particular dance steps and recite passages during the trance. He must go on a three-month solitary retreat remaining in isolation to prepare his mind and purify himself reciting mantras. Like an ancient passion play, brilliant masked dancers leap in brocade costumes as the mesmerized audience watches on rapt as evil is defeated.

The photographs of the dances are not meant to be a reportage and they do not want to describe all the sequence of the dances. They try to narrate the emotional journey the dancers and the onlookers witness and feel during the festival. It is about energy, it is about spirits, it is about belief. 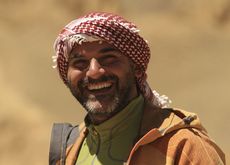 About the artist – LUIGI FIENI

Luigi Fieni has photographed landscapes, culture, and the artistic cultural heritage of the Himalaya for nearly two decades, while working as a conservator of Tibetan art, for a project funded by The American Himalayan Foundation.

Exhibitions have been held in America, Europe and Asia, and his work is part of private collections worldwide, counting prominent venues such as The Manggha Museum (Krakow, Poland), The Taragaon Museum (Kathmandu, Nepal) and The Contemporary Art Collection of the Vatican Museums (Vatican City).

Several of his photographs have been nominated in international photography contests, including the selection for the Prize Voies Off 2013, the Black and White Spider Awards, a Honourable Mention in the 7th Photography Masters Cup and a bronze and 2 silvers in the One EyeLand Photography Awards 2013 and 2014 and a second place and Honourable Mention in the Photo Annual Awards 2014 and 2015.

As a photographer, Fieni has collaborated with The National Geographic Society, The North Face, The Getty Images, The Mill Valley Film Group, Skydoor Productions, The American Himalayan Foundation, The Kham Aid Foundation, HPRC and Bauer Media.

Fascinated by the emotions emanated from the old masters’ works through the centuries, my work is constantly trying to merge photography with painting, trying to produce photographs that are as much pictorial as possible.

I feel pictorialism is a powerful tool to materialize the focus of my research: human emotions. Manifold feelings in need of a strong way to be manifested, a strong way to get out of oneself.

It is energy at its purest level, which is why I’m showing it through the dances. Dance is undeniably a way of communicating feelings through body movements, a form of communication unfolded long before mankind developed the power of speech.

Through the dance then, human body becomes the expression of the soul, exposing the full range of emotions a human being can conceive. Body stops being flesh, it just disappears, giving way to our soul to lay bare.

Static photos turned to be useless, to depict such a deep level of interactions within our soul. That is why the blur became the choice for capturing those feelings in my shots. Emotions, even the clearest, are synonym of confusion. Not a single one prevails, not a single one stands out. They are like waves, they live together. Some stronger, some weaker they are always part of the same tide. 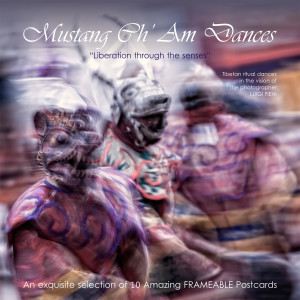